Board members, all of whom are volunteers, serve a two-year term with a maximum of three consecutive terms. To help ensure that the Board never loses sight of the realities of living with HIV/AIDS, the Board always includes at least two individuals who are HIV positive. If you are interested in volunteering with a local non profit, check out our other volunteer opportunities, here. 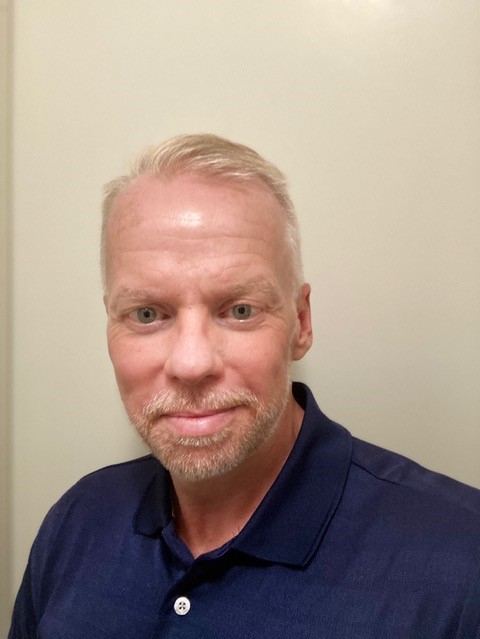 Member – Finance
Kevin Boyce joined Fife House’s Finance Committee in 2019. After graduating from McMaster University with a BA in Economics, Kevin’s first career was in finance and accounting. Leading accounting and administrative support teams in the construction and insurance industries, Kevin also served as the Director of Finance for ADVOCIS, The Financial Advisors Association of Canada. After a two-year break to attend Le Cordon Bleu Paris cooking school in Ottawa, Kevin embarked on a career in the retail food industry. Kevin joined Whole Foods Market in 2006 where he eventually progressed to the position of Store Team Leader before retiring in 2018. 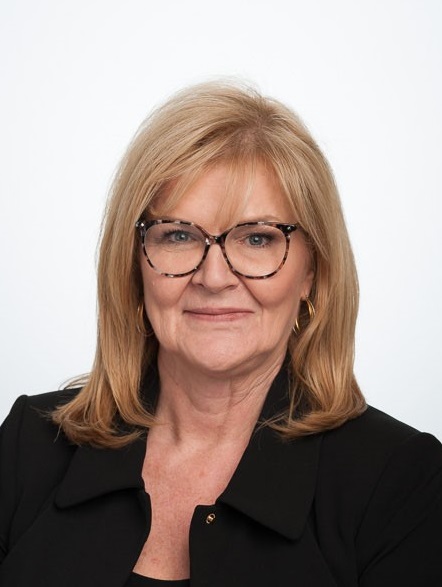 Secretary – Executive Committee
Lisa Crawley graduated in 1992 with a diploma in nursing. Her passion has always been focused on HIV/AIDS, mental health/addictions and supporting the more marginalized members of our community. She completed a Bachelor of Science in Nursing (2004) and Masters of Nursing (2013) from the University of Victoria. Lisa has held a variety of roles progressing into the management field. Over the last twenty-eight years, she has held positions at Casey House, the Centre for Addiction & Mental Health, St. Michael’s Hospital, Ontario Shores Centre for Mental Health Sciences and now in her current role as Nurse Manager of the inpatient psychiatric services at Toronto General Hospital, University Health Network. Lisa’s board experience includes being the Past-President of the Canadian Federation of Mental Health Nurses, Past-President of the Canadian Alliance on Mental Illness and Mental Health as well as past board member of the Chronic Disease Prevention Alliance of Canada. 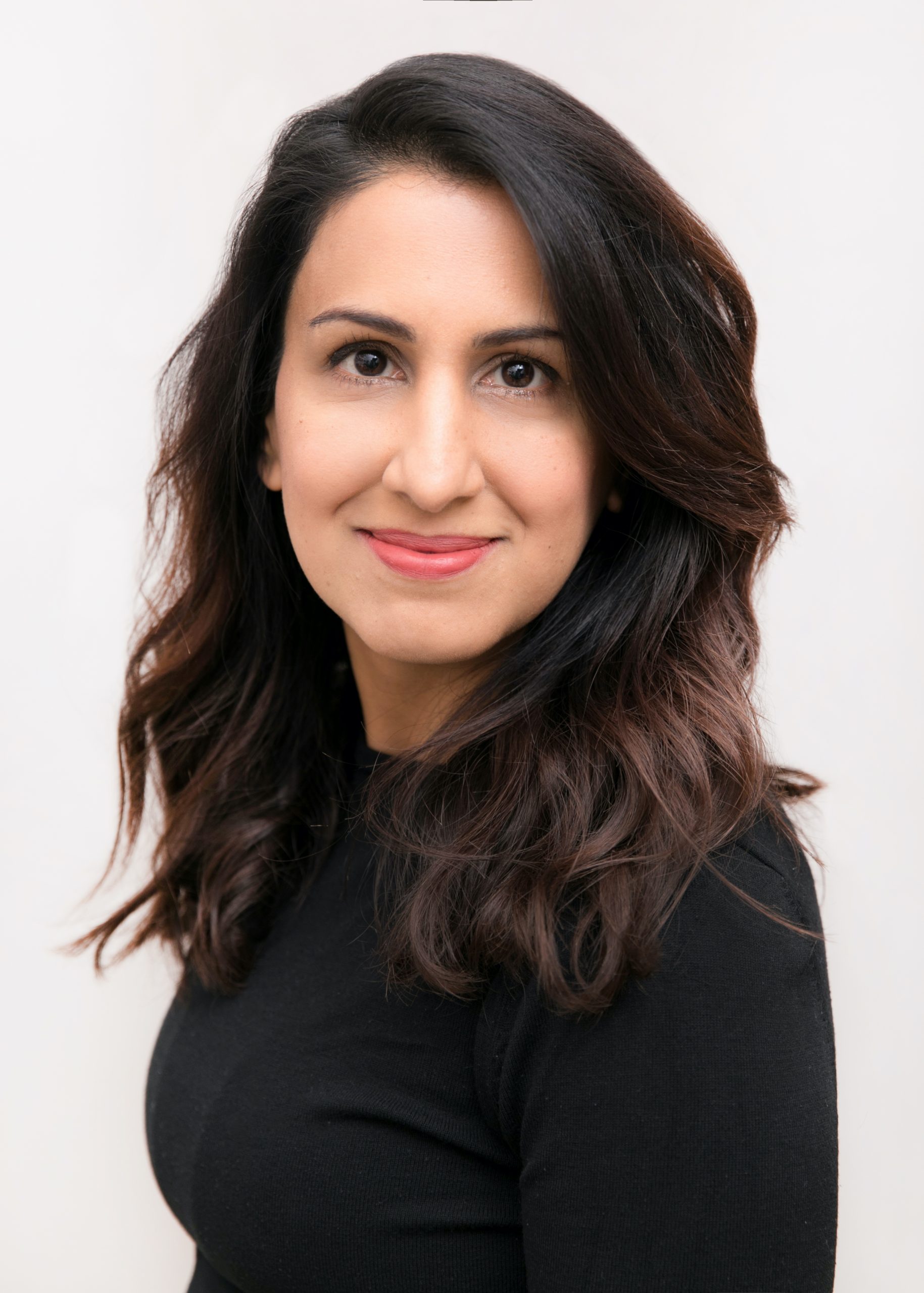 Member
Noorin has worked in the health care industry for over fifteen years, with experience in management consulting, government and ministries, Local Health Integration Networks (LHINs) and academic teaching hospitals. Noorin is currently a Senior Director at Benchmark Intelligence Group (BIG) Healthcare, providing benchmarking analytics and consulting services to over 125 Ontario hospitals. Her skills and experiences include strategic planning, performance measurement and evaluation, clinical and administrative program evaluation and operations improvement. She holds a Masters of Health Administration from the University of Ottawa, and a Bachelor of Science from McGill University.

Member
Aneeta Lal is a registered Pharmacist and works as a Product Manager in Pharmaceutical Benefits at Sun Life Financial. She also sits as co-chair of the companies Pride Network, promoting LGBTQ2+ inclusiveness. Prior to this, Aneeta practiced as an HIV pharmacist for 10 years at Toronto General Hospital’s Immunodeficiency Clinic. This role ranged from providing complex pharmaceutical care, to working side-by-side with medical teams on issues and programs involving general and LGBTQ2+ health, mental health, addictions, access/coverage to medications, harm-reduction strategies, stigma and privacy. Aneeta has had the opportunity to educate other healthcare professionals and AIDS Service Organizations in the GTA about HIV/AIDS treatments and challenges. In addition, she has also served on a committee with Toronto Public Health that helped allocate funding for HIV/AIDS prevention and harm reduction programs across the GTA. 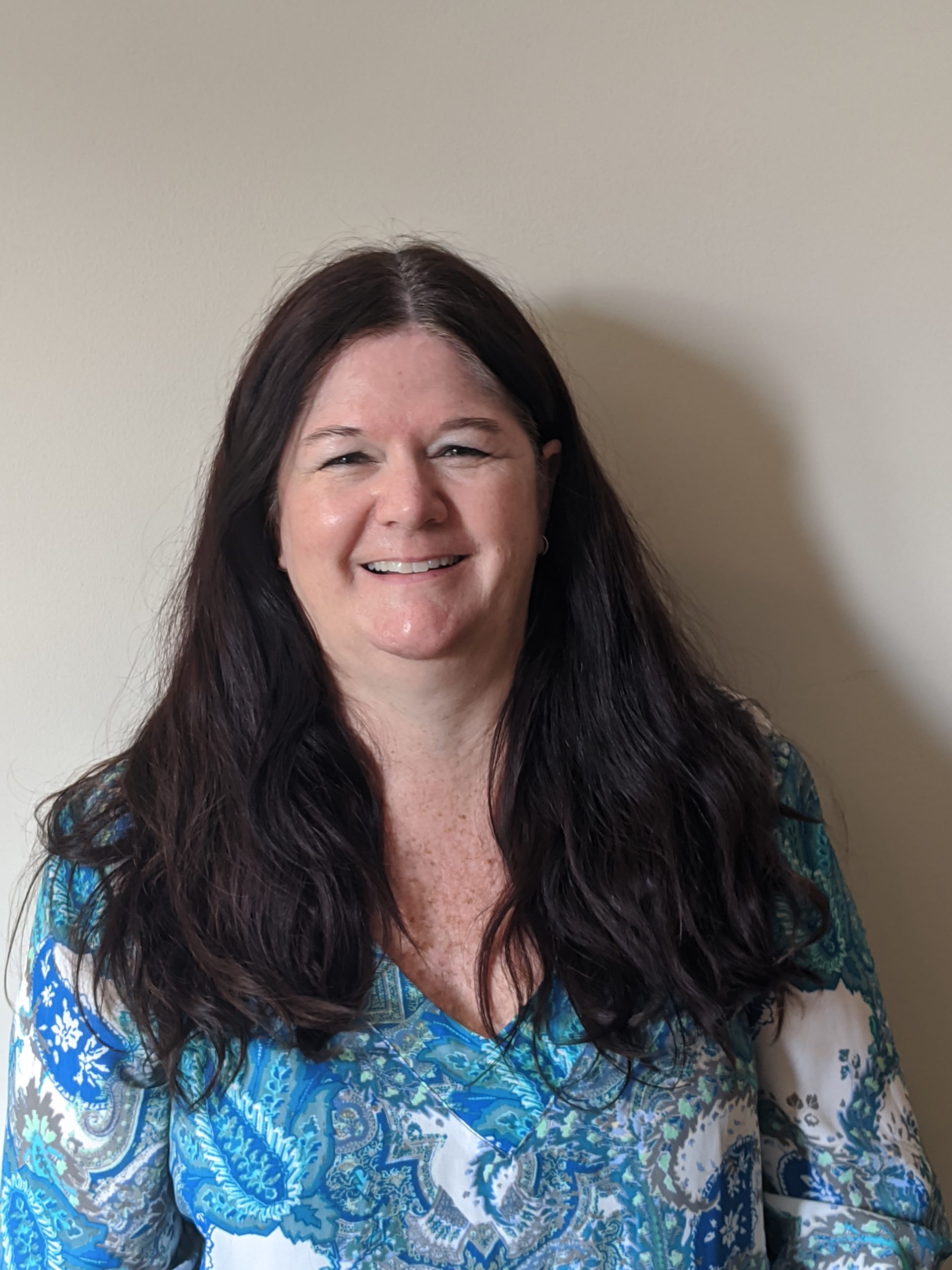 President – Executive and Development Committee
Stefanie McQuaid is a Senior Analyst with the Department of Justice and an active volunteer, supporter and donor in the LGBT+ community. Stefanie has been volunteering in the LGBT community for over 20 years with agencies such as Fife House, the Toronto People With AIDS Foundation and the LGBT+ Giving Network. Her volunteerism includes several leadership positions including the past president of Fife House, co-chair of the Friends for Life Bike Rally and chair of the LGBT Giving Network’s Philanthropy Conference. In addition to her Board and Board Committee participation, Stefanie is a member of the Sunday Meal Program at the Jarvis site. 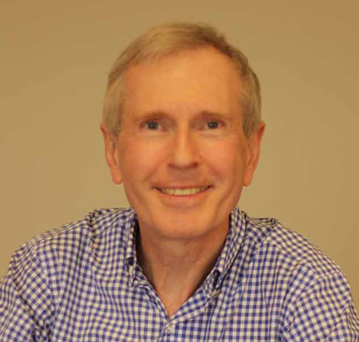 Member – Finance and Governance Committee
Gary is a chartered public accountant with ten years as a tax specialist in the Toronto and national offices of Deloitte followed by 29 years, including as CFO and Senior Vice President, at Credit Union Central of Canada, a federally regulated financial institution and national trade association for Canada’s credit unions. Gary chaired the Board of SPRINT (Senior People’s Resources in North Toronto) – a provider of home care and community support services for seniors remaining in their homes – and has recently been treasurer of Care Watch Ontario, an advocacy group for better home care for seniors. Recently retired, Gary joined the Fife Governance Committee in 2017 and the Finance Committee and Board of Directors in 2018. 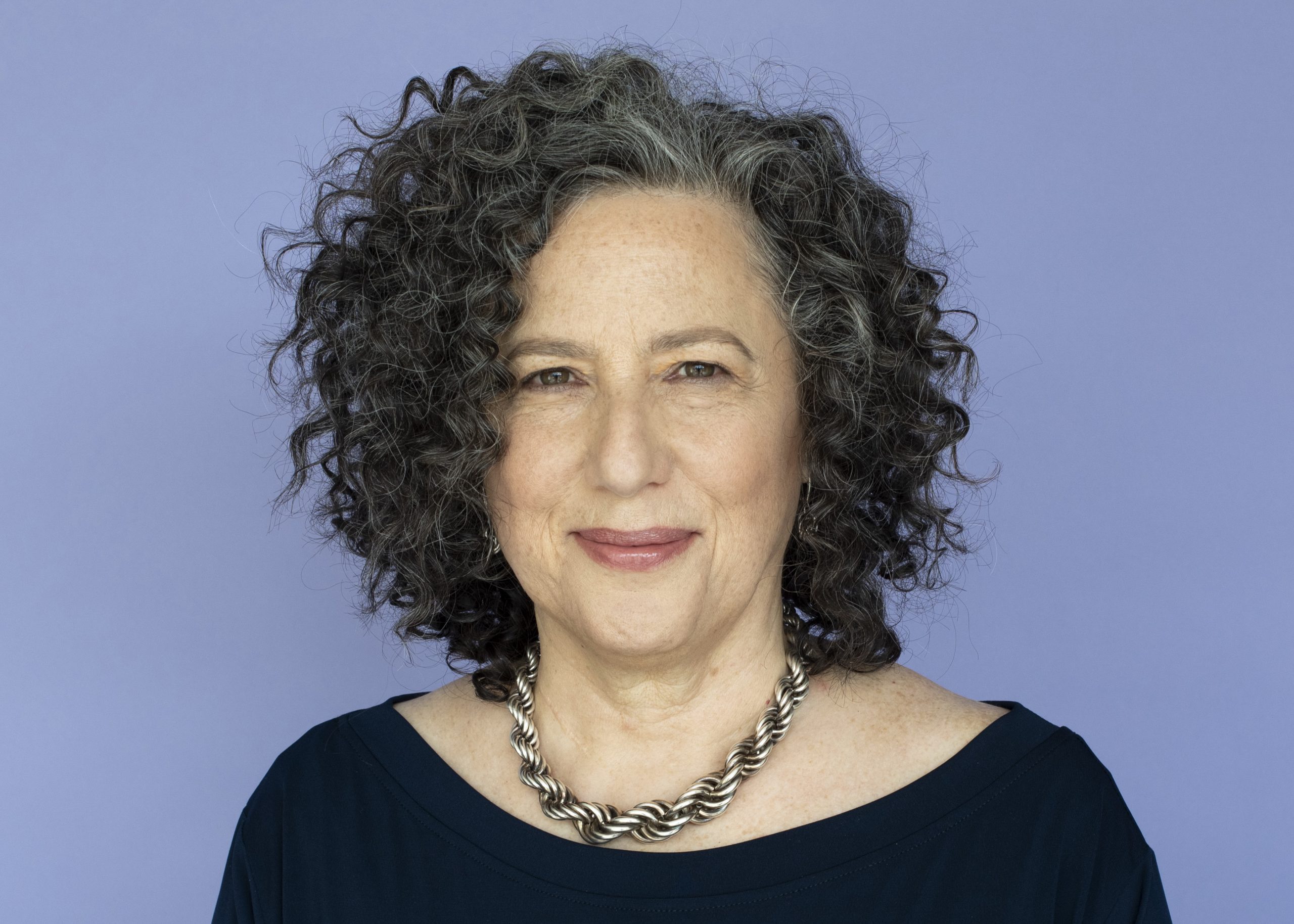 Member – Human Resources Committee
Gail Sax is a lawyer in private practice in Toronto. She held the position of Workers’ Rights Staff Lawyer at Parkdale Community Legal Services and worked in the provincial health care sector before entering private practice. Gail is certified in advanced Alternate Dispute Resolution. Prior to obtaining her law degree, Gail received a Masters of Fine Arts degree and worked in arts administration in Chicago, New York and Toronto. She has a long history of volunteer involvement in educational, cultural, and community organizations. 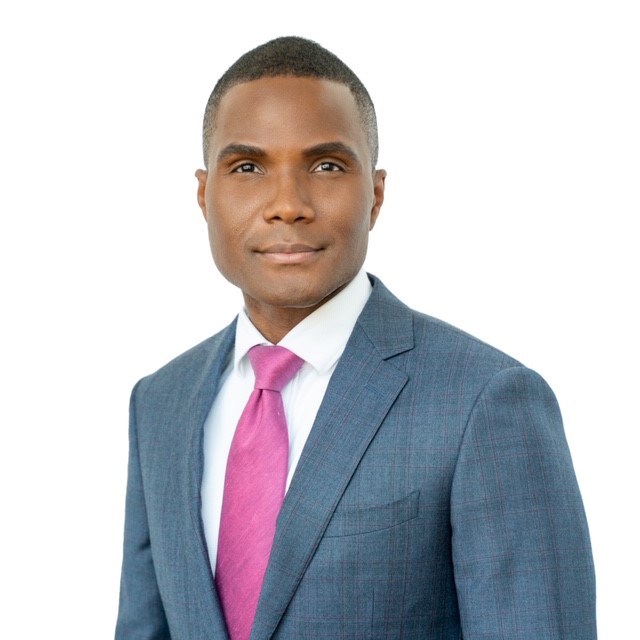 Member
Kwende is a lawyer at a financial institution in Toronto where he advises and supports the capital markets and trading activities of the company. Prior to obtaining his law degree, Kwende received a Bachelor of Science degree in Economics and Accounting and worked for several years in various banking and finance roles. He also practised corporate law in the British Virgin Islands for a few years prior to moving to Toronto. His volunteer involvement includes educational and community organizations in Jamaica, the British Virgin Islands and Toronto. 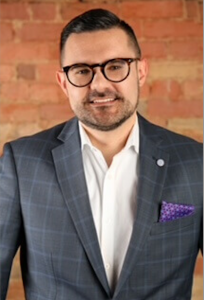 Member
Andrew Perez is a Toronto-based public affairs strategist, freelance writer, and political activist and commentator. He currently works as a senior consultant at the Toronto office of Hill & Knowlton Strategies, a global communications firm. Over the past decade, Andrew has worked in a variety of diverse public and private sector environments advising senior leaders on communication strategies in their interactions with governments and the media. He has also worked on central party campaign teams advising elected officials and candidates at the provincial and federal levels, and remains active in politics today. Andrew’s freelance work has appeared in the Globe and Mail, National Post, Canada’s National Observer, Policy Options, and on TVO.org among several other media outlets. He also sits on the non-profit Boards of Toronto’s Pride & Remembrance Association and the Canadian Association for Suicide Prevention. Andrew holds a Bachelor of Journalism from Carleton University, and a Master of Public Policy and diploma in strategic public relations, both from the University of Toronto.